The pilot activity in Strunjan Landscape Park is currently on going! 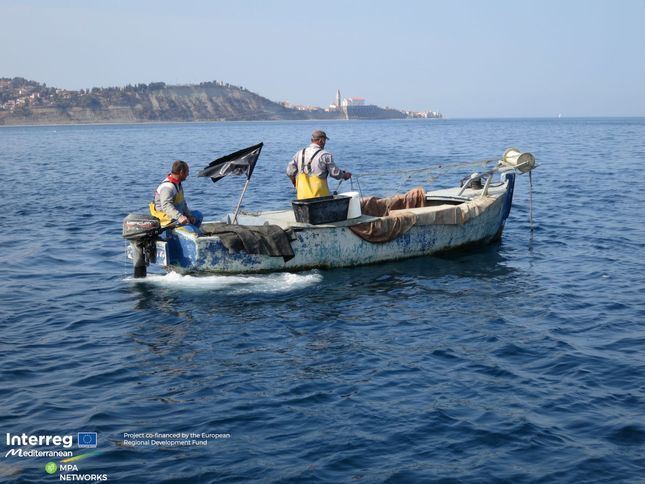 The spring fishing season at Strunjan MPA is in full swing! Small-scale fishery is allowed only four months a year in two fishing areas

The spring fishing season at Strunjan MPA is in full swing! Small-scale fishery is allowed only four months a year in two fishing areas inside the MPA. Since last autumn only those fishermen who have signed the Agreement with the park manager, are allowed to carry on this activity. The testing of the Agreement, which is taking place within the MPA NETWORKS project, is currently in full swing. In the autumn, sea bream make up the majority of catches, followed by mullets and sole. Four specimens of arrowfish (Pomatomus saltatrix), a thermophilic species that spread to the Adriatic Sea under the iThe pilot nfluence of sea tropicalization, were also caught. However fishermen in the catch protocols record also other observations. In the autumn period sea blight, the multiplication of comb jellies and sea hats, as well as mortality events of oysters and noble pel shell were observed. For us, these observations represent important data that enable the monitoring of the state and changes in the marine environment. We can't wait for the results of the spring fishing season!

All news
Back to top