Which is the pilot action that Port Cros National Park is carrying on? 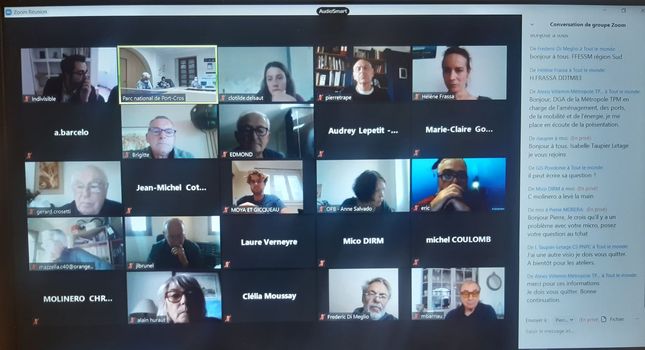 The National Park of Port-Cros is engaged in a process of defining « strongly protected zones » in its extended maritime area.

-          The zone aims at protecting a remarkable biodiversity

The aim of the pilot action is to define strongly protected zones in the extended marine area of the national Park. This spatial planning will be the result of consultation between professional and recreational fishermen, divers, municipalities, collectivities, state services and maritime authorities. An external professional in consultation leads the process and mobilize « serious games » to encourage the stakeholders to go beyond one’s postures.

On Wednesday november the 4th, the launch meeting of the consultation took place. In spite of the lockdown, the National Park maintained the meeting, online, with the possibilty for two people to come to the administrative headquarters of the Park, in Hyères (Var, France). This meeting, brought together around 50 stakeholders. The national and local frame were presented, as well as the external team leading the consultation, and the global calendar. An hour of questions and answer followed the presentations, and every category of stakeholder could have a voice.

The first consultation meetings will take place online, on the 16th and 17th of november 2020.

All news
Back to top